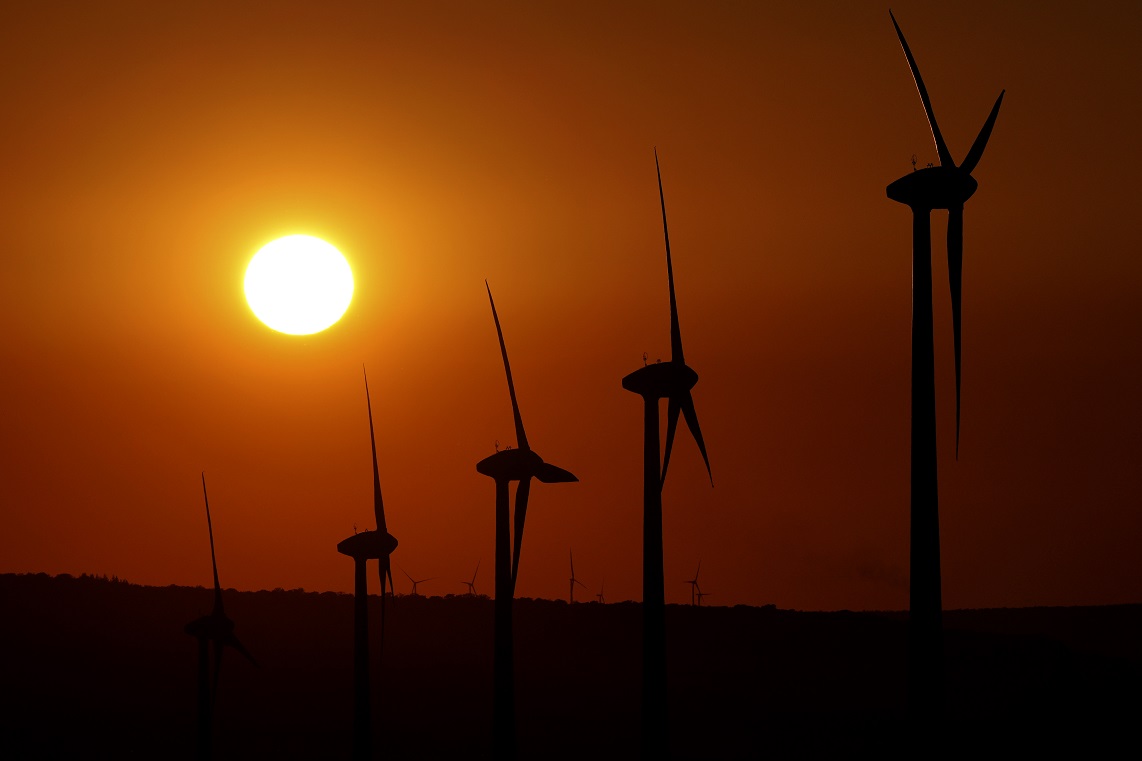 While Germany races to build wind farms, there is cause for concern, with a chemical identified as the strongest greenhouse gas in the world being emitted from wind turbines.

In fact, measurements of the air over Germany have already identified the country as the worst offender in Europe when it comes to the highly dangerous substance sulfur hexafluoride (SF6). The chemical is used in the manufacturing of wind turbines and escapes into the environment. With Germany the leader in wind turbine use in Europe, scientists say this is the major factor behind the exceptionally high levels of SF6 readings in Germany.

According to the Intergovernmental Panel on Climate Change, SF6 is a climate killer. In fact, it is 26,087 times more harmful to the climate than carbon dioxide.

A windy start to the week resulted in Polish wind farms generating a record amount of energy, giving Poland third place in Europe in terms of the volume of wind energy production

Sulfur hexafluoride is a gas that industrial companies consider to be the perfect insulator, and while banned by many other manufacturing sectors, it is still widely used in wind turbines, mainly in electronic switchgears, i.e., the “nodes” in which the electrical energy is distributed. When there is little space to work with, such inside wind turbines, the gas provides excellent insulation while allowing extra space for vital machinery and parts.

Once this substance enters the atmosphere, it takes more than 3,000 years for SF6 to decompose again and become inert, according to a report from German media outlet Taggeschau.

It has been known for decades how dangerous the substance is. As early as 1997, the Kyoto Protocol stipulated that emissions of SF6 must be limited. Although it has been phased out, it is still permitted in electronic switchgear, and there are no legal restrictions for its usage in this area. Industry instead made a voluntary commitment to reduce its usage, to use it in closed systems, and to recycle and neutralize it at the end of its practical use. The 1998 commitment also stipulated that companies would record and report how much they use and recycle.

Renewables, not the war in Ukraine, are the root cause of Europe’s energy crisis

French energy expert: “The post-covid industrial recovery in 2021 occurred at the time of Germany’s wind turbine production drop (-14 percent in 2021). This situation has forced Germany to strongly increase its electricity production with its gas and coal-fired power plants, leading to an explosion in demand for these fossil fuels.”

However, this is clearly not happening. In fact, Germany is violating this stipulation on a massive scale, and the atmospheric data proves it. According to Taggeschau, scientists report that there is that SF6 levels are 50 percent higher than the current emission data provided by industry would suggest. This shows strong evidence that Germany is emitting more sulfur hexafluoride than is being reported.

SF6 is not only hazardous for the climate, but also extremely dangerous for humans, as it impedes the exhalation of carbon dioxide. For those who inhale SF6, they may suffer from carbon dioxide narcosis and respiratory arrest.

When ARD-funded business magazine Plusminus asked the two biggest manufacturers of wind turbines about the elevated levels of SF6, Nordex and Vestas responded that there is no alternative. They claim that only small amounts of SF6 escape into the air and ensure that proper disposal of the chemical is carried out at the end of the turbine’s service life.

However, there is strong evidence that partly refutes their claims, and that has to do with the fact that the companies are not personally responsible for recycling the wind turbines. Instead, the individual owners who purchase the turbines are responsible, and there is no control in place to ensure they dispose of the products properly. It is in fact much more cost-effective to simply allow the chemical to escape into the environment.

The EU does not plan to ban the gas until 2030. There is currently a vacuum tube system from Siemens that does not use the chemical, but it is rarely used in wind turbines.