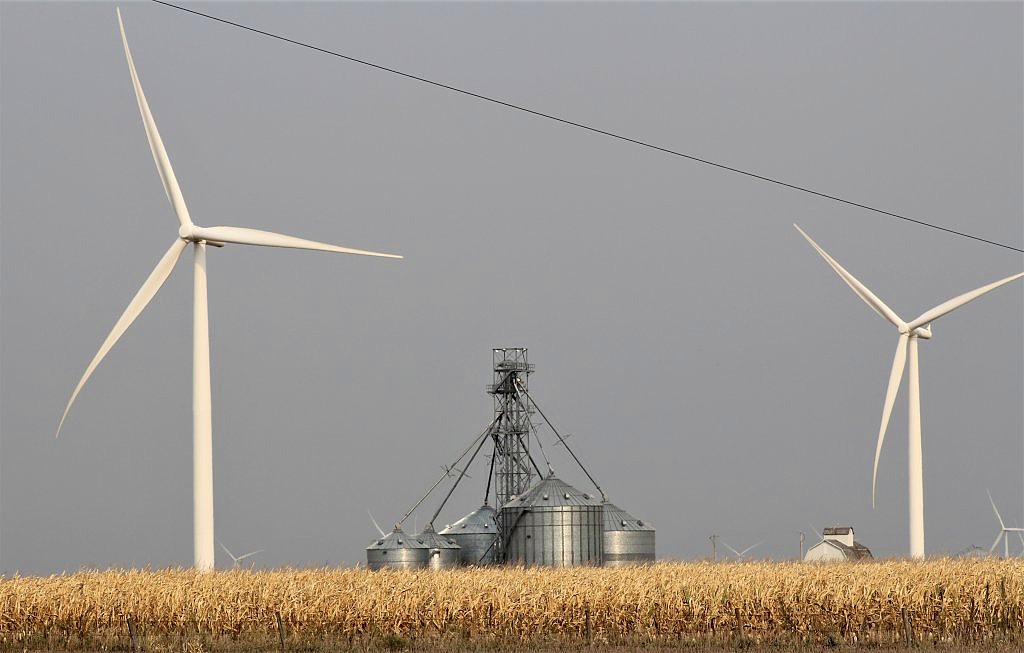 MidAmerican Energy is asking a judge to review the Iowa Utilities Board’s authority to oversee its general business practices.

In a case that could redefine the powers of the Iowa Utilities Board and shape the expansion of wind energy in Iowa, MidAmerican Energy is asking a judge to review the regulator’s authority to oversee the general business practices of utility companies.

At issue is the conflict that occurs when wind turbines are installed on farmland with the permission of the property owner but against the wishes of the tenant farmer. If the board prevails in the case, it could assume broader authority to intervene in utilities’ business practices and regulate such disputes.

In 2019, Curt Beane of Stuart, who leases farmland in Adair County, filed a complaint with the IUB. Beane alleged the owner of the Adair County farmland had signed a contract with MidAmerican that allowed for the placement of wind turbines on the land.

According to Beane, MidAmerican then asked him, as the tenant farmer of the land, to sign a contract authorizing the construction of wind turbines on the property. Beane said he declined to do so and MidAmerican built the wind turbines anyway.

In his complaint, Beane argued MidAmerican had violated the state law on tenants’ right of possession – a law that typically would not be the focus of utilities board complaints.

“They chose to go ahead regardless of my tenant rights and my tenant property pertaining to crops and destroyed them,” Beane told the board. “I do have neighbors in the same situation. This is not an isolated incident.”

In January 2020, the IUB staff concluded the board lacked jurisdiction over the matter, but Beane then asked the board to initiate a formal complaint hearing process. In December 2020, the board agreed to do so and asked Beane and MidAmerican to first make their arguments on the jurisdictional issue.

MidAmerican told the board it had received signed easements from the landowner, and so any issue Beane had was between him and the landowner, not MidAmerican. “To the extent that Mr. And Mrs. Beane have a concern with the use of the property, it is a landlord-tenant dispute,” the company said in a letter to the board.

The board eventually rejected that argument and refused MidAmerican’s request that Beane’s complaint be dismissed.

“The board expects all rate-regulated utilities to comply with all laws when conducting utility business in Iowa,” the board ruled. “A complaint that alleges a violation of a state law or good business practices, or alleges some illegal activity, may be investigated by the board, and the board can fashion a remedy that it finds appropriate.”

Board: Iowans ‘need direction to protect themselves’

Four weeks ago, after a hearing on the matter, the board ruled that MidAmerican had trespassed on the land leased by Beane.

“MidAmerican admits that it knew the Beanes were tenants, knew that the Beanes had not signed the proffered tenant subordination agreement, and that MidAmerican had not received permission from the Beanes to enter their rental properties,” the board ruled. “MidAmerican trespassed on the Beanes’ leased property when it began constructing wind turbines without obtaining the Beanes’ permission to do so.”

The board also noted that MidAmerican’s contract with the landowner prohibited the owner from disclosing the terms of the deal to anyone, including his tenants.

As for MidAmerican’s argument that the board lacked jurisdiction in the matter, the board pointed out that Beane’s complaint was “an example of one of several unintended consequences that has and will continue to occur” in Iowa due to wind-project expansion in the state.

“Iowans need direction to be able to protect themselves and their land when these issues arise,” the board said. By broadly interpreting the parameters of its own jurisdiction, the board said, it was attempting to ensure “that Iowans have a venue to bring a complaint to review a rate-regulated utility’s business management practices.”

In the petition, MidAmerican says Iowa law provides only that the board “shall regulate the rates and services” of public utilities. “Nothing in this provision provides broad jurisdiction over all management and business practices of a utility,” MidAmerican argues.

The company acknowledges that Iowa law goes on to say that the board also has the “authority to inquire into the management of the business of all public utilities,” but says this language “does not provide authority for any complaint or enforcement jurisdiction.”

The IUB has yet to file a response to the company’s petition.

MidAmerican has indicated that it plans to rewrite its easement agreements with landowners so those individuals can disclose the specifics of the deal to any tenants they might have.

Find this story at Iowa Capital Dispatch, which is part of States Newsroom, a network of news bureaus supported by grants and a coalition of donors as a 501c(3) public charity.  Iowa Capital Dispatch maintains editorial independence. Contact Editor Kathie Obradovich for questions: kobradovich@iowacapitaldispatch.com.