Board of Ed Settles Sunshine Lawsuit, Will Rehear Petition

The state Board of Education on Thursday agreed to reconsider a Kahuku resident’s petition for a new rule that would require the Hawaii Department of Education to hold school community meetings over proposed development near a school or library.

The settlement ends a lawsuit brought earlier this year by Sunny Unga, a mother of two children who attend Kahuku Elementary, that alleged the board violated the state’s open meetings law when it denied her petition during a closed-door meeting in February.

Unga was frustrated that the DOE never considered the Kahuku school community’s views before it submitted an official comment for an environmental impact statement in 2016 regarding the construction of new wind turbines near Kahuku Elementary whose presence she felt would be harmful to kids. 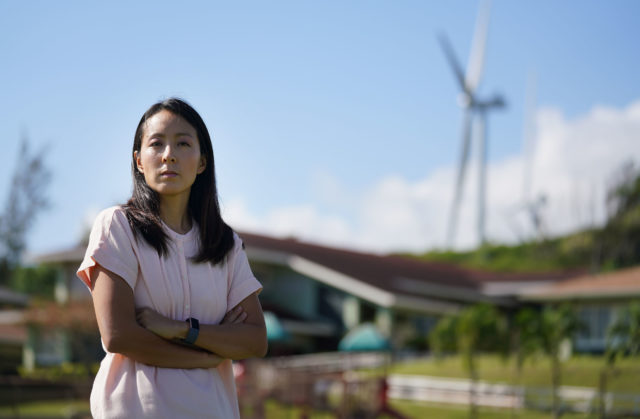 Kahuku resident Sunny Unga prevailed in getting the board to reconsider her petition for a new rule to require community input before DOE submits a comment for proposed development near a school.

She petitioned department officials in September 2019 to adopt the new rule to allow parents and teachers to voice their opinions over proposed development near schools before the DOE submitted a comment on its own.

The Board of Education notified Unga that it had heard, but denied, her petition on Feb. 6. It also argued it wasn’t required to hold an open meeting to hear the petition.

In an interview Friday, Unga’s attorney, Lance Collins, said the settlement requires the board to rescind its previous vote, hold a new meeting, give notice to the public of the meeting, allow people to testify and then make a decision on the petition.

“Our hope is this is a step in the direction of the board being more open to hearing from the community and being more transparent,” he said.