Millions of British households face another bitter winter, unable to meet their rocketing power bills. An obsession with chaotically intermittent wind power (both off and onshore) has sent power prices spiralling. And, adding to the misery, the annual cost of renewable energy subsidies, Feed in Tariffs, fixed contract prices for wind and solar etc to British households will soon reach £12,000,000,000. The current cost is already nudging £10,000,000,000.

While their parliamentarians squabble about the terms on which Britain will sever its ties with Europe, ordinary Brits are fretting about how they might light and heat their homes as temperatures plummet. Heading into winter, some 3,000,000 households are already in “energy debt” and collectively owe nearly £417,000,000 to their suppliers.

Here’s a roundup on the consequences of Britain throwing all to the wind. 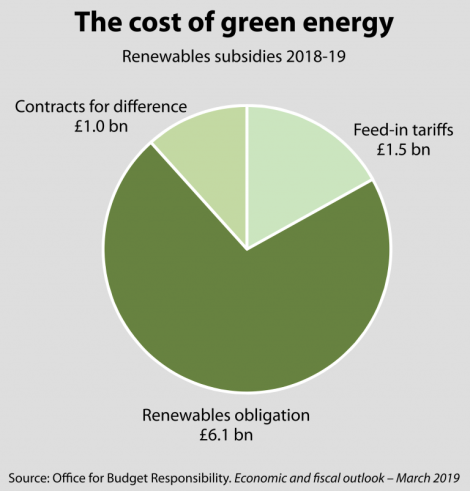