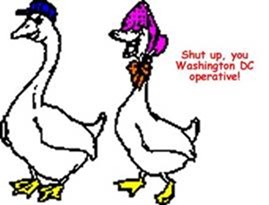 As the people in power, like Al Gore and the White House, see the false claim of anthropogenic global warming (AGW) losing public interest they resort to nastier tactics to win the day. It won’t. Instead, it makes more people aware that something is wrong. People despise bullying and when the force of government and the courts are used to silence or intimidate they side with the oppressed. As Shakespeare said in Measure for Measure,

O, it is excellent to have a giant’s strength; but it is tyrannous to use it like a giant.

Consider the recent use of RICO, defined as the

Racketeer Influenced and Corrupt Organizations Act: a U.S. law, enacted in 1970, allowing victims of organized crime to sue those responsible for punitive damages.

Technically, the charges were filed under Criminally Influenced and Corruptions Organizations Act (CICO) because the Attorney General of…