From the University of York: 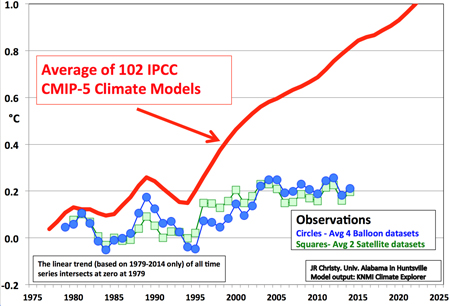 A new study led by a University of York scientist addresses an important question in climate science: how accurate are climate model projections?

Climate models are used to estimate future global warming, and their accuracy can be checked against the actual global warming observed so far. Most comparisons suggest that the world is warming a little more slowly than the model projections indicate. Scientists have wondered whether this difference is meaningful, or just a chance fluctuation.

Dr Kevin Cowtan, of the Department of Chemistry at York, led an international study into this question and its findings are published in Geophysical Research Letters. The research team found that the way global temperatures were calculated in the models failed to reflect real-world measurements. The climate models use air temperature for the whole globe, whereas the real-world data used by scientists are a combination of air and…