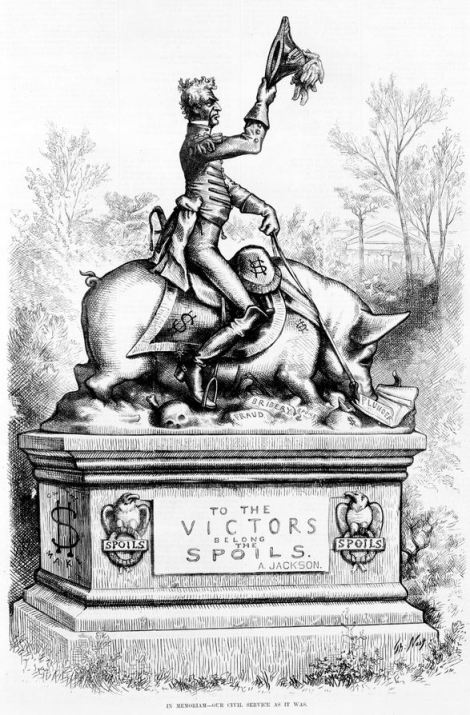 In memoriam–our civil service as it was, a political cartoon by Thomas Nast showing statue of Andrew Jackson on a pig, which is over “fraud”, “bribery”, and “spoils”, eating “plunder”. Featured in Harper’s Weekly on 28 April 1877, p. 325. Source: Library of Congress

After James Garfield’s assassination, the spoils system of granting government jobs was replaced by the civil service system, with merit being the criterion for hiring rather than political loyalty to those in high political office.

In the politics of the United States, a spoils system (also known as a patronage system) is a practice in which a political party, after winning an election, gives government jobs to its supporters, friends and relatives as a reward for working toward victory, and as an incentive to keep working for the party—as opposed to…