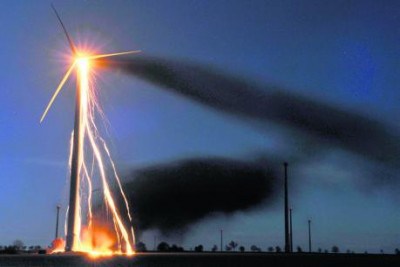 STT followers have been delighted with news that Tony Abbott, Joe Hockey and Mathias Cormann have teamed up to axe the mandatory RET (see our post here).In response to the PM’s mooted plan, the wind industry and its parasites have been reduced to making idle threats of “revenge” and bleating about “sovereign risk”. Despite a rear-guard effort by Environment Minister, Greg Hunt to salvage something of the mandatory RET, his boss has confirmed that his mission is to kill it outright. And that pretty much means the end of the wind industry as we’ve known and grown to despise it. Here’s the Australian Financial Review on the beginning of the end.